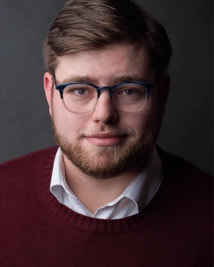 Mr. Aaron F. Bourgeois is a recent transplant to Austin from Baton Rouge, Louisiana and has been a lifetime lover of music. Mr. Bourgeois graduated with a double major in Vocal Music Education and Vocal Performance from Louisiana State University, working with some of the best musical faculty in the entire south. During his years at LSU, he performed  with the LSU A Cappella Choir, Tiger Glee Club, Red Stick Riffs Jazz Ensemble, as well as chorus roles in multiple productions with LSU Opera and Opera Louisianne.

Outside of LSU, Mr. Bourgeois also served as a handbell choir director for several years at a church in Baton Rouge, and previously worked as the Interim Director of Choral Studies at Baton Rouge Magnet High School. When not performing or conducting, Mr. Bourgeois enjoys collecting vinyl records, seeing a live music concert, and spending time with his family and friends.